George and Wendy Mireles opened the first Corazón in the Riverwest neighborhood of Milwaukee in 2009. A restaurant in Bay View followed in 2016, and Corazón opened as a vendor at the Mequon Public Market in 2019.

With the opening of Brown Deer, it will leave the Mequon food hall at the end of the year, said Corazón regional manager Kaylee Pountney.

At Brown Deer, Corazón offers menu items not available at other restaurants, Pountney said, including two- and three-item combo plates ($11 and $13) and taco salad in a fried tortilla bowl ($13). $.50). Featured meat is pastor roasted and cauliflower rice is available.

Rather than serving Sunday brunch, the restaurant will serve breakfast fare from 11 a.m. to 3 p.m. weekdays and weekends. Corazón will assess whether to start serving weekend brunch later, Pountney said.

The Brown Deer Cafe Corazón seats approximately 45 people inside. When the warm weather returns, it will seat 60-70 diners outside, with seating for six more at the outdoor bar.

The restaurant seats about as many as at the Riverwest location; Bay View is the largest of the restaurants.

The Brown Deer location is the only one of the three stand-alone Corazón restaurants with parking; it has spaces for 35 cars. The building originally housed an A&W Root Beer stand in the 1960s. It was Sammy’s, a restaurant selling gyros, until about 15 years ago and has been vacant since then, Pountney said.

The restaurant opened for dinner only on Sunday and Monday before the grand opening on Wednesday. While the restaurant was being renovated, in October Corazón parked his taco truck in the parking lot to serve a succinct menu.

Regular hours at Brown Deer are 11 a.m. to 9 p.m. Tuesday through Sunday.

The phone is expected to go live early next week and online ordering of takeout should begin in the near future. 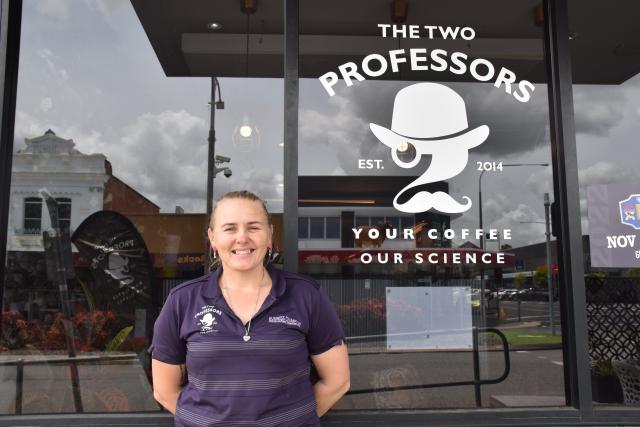 Letisha Frenken, owner of The Two Professors, is thrilled to have been named a finalist. …