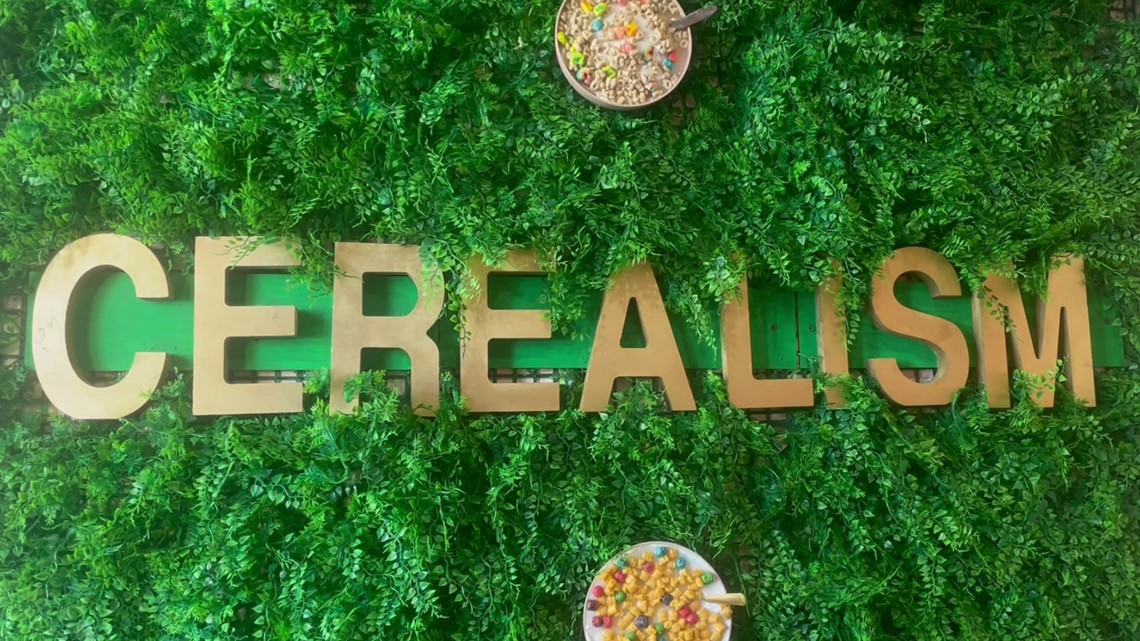 Josh Davis, owner of the brand new Luna CafÃ©, has said he wants to bring a piece of Japan to Syracuse.

Davis also said he decided to open the cafe, which offers a mix of Japanese and Midwestern cuisine, when he recognized the need for a place where students could escape their dorms and a stressful life. to decompress alongside the animals.

Luna CafÃ© was inspired by traditional Japanese cat cafes, which are small spaces where people can play with cats while enjoying their favorite bubble coffee or tea. He took the idea of â€‹â€‹a cat cafe a step further by organizing an extensive restaurant menu of Midwestern and Japanese dishes that he cooks himself daily.

Located at 1001 E. Fayette St., the restaurant is decorated with traditional Japanese items and colors, and the Cat Room has cartoons in the background. Open from noon to 8 p.m. Tuesday to Sunday, customers come to the cafÃ© to eat, drink and hang out with the cats.

Davis’s fascination with Japanese culture and cuisine grew during his travels in Japan, he said.

Most of the cats at Luna CafÃ© are adoption ready, and the cafÃ© is working with the Central New York Cat Coalition to help visitors facilitate adoption of available cats, Davis said. This provides customers with a safe and trustworthy environment where they can get to know their future pets before bringing them home.

The cafe offers a full menu for dinner and lunch in addition to coffee drinks and desserts.
Chenze Chen | Staff photographer

Davis has placed a QR code in the chat room that allows guests to complete an application to show interest in one of the cats. Once visitors have filled out a form, the CNY Cat Coalition contacts them to make sure they are the right person to take care of the cat.

Roger Moore, a sophomore at Syracuse University, said he has always been hesitant about cats and wanted to address his concerns by going to the Luna CafÃ©.

â€œGoing to the cat cafe would help me see what cats look like and how they interact with me and see if they like me or not,â€ Moore said. “If I saw one that I really liked, maybe I could adopt one.”

Davis also explained that bringing new cats into the cafe can sometimes be a difficult process because they don’t get along well at first. But he and his team came up with strategies, like keeping the new cats apart for a few days before introducing them to the others. This allows cats to get along very well with each other, he said.

There are also two cats in the cafe that are not for adoption: Old Man Dave, who is too old, and Goliath, who is “extremely overweight,” Davis said. These two cats have been at the cafe longer than most and help newcomers adjust.

â€œWhile the rest of the cats at the start scuffle a lot, these two are super cool and instantly want to hang out, so they get along with anyone,â€ Davis said.

The cafe offers a variety of drinks and foods – like Okonomiyaki pizza, which Davis says is a traditional Japanese pancake made into pizza – and even offers ketogenic options. Davis said he adds his own Midwestern touch to Japanese cuisine.

Drinks range from espresso and matcha lattes to milk and bubble tea, which also come in a keto option. Desserts include sweets like pies, cinnamon rolls, and cheesecakes, as well as Japanese-inspired options like ice cream mochi.

Davis and his employees make sure to ask the guests why they are coming when they enter the cafe and are surprised to see that many guests who enter because of the cats get excited when they hear that the cafe has a full menu as well. of Food and drinks.