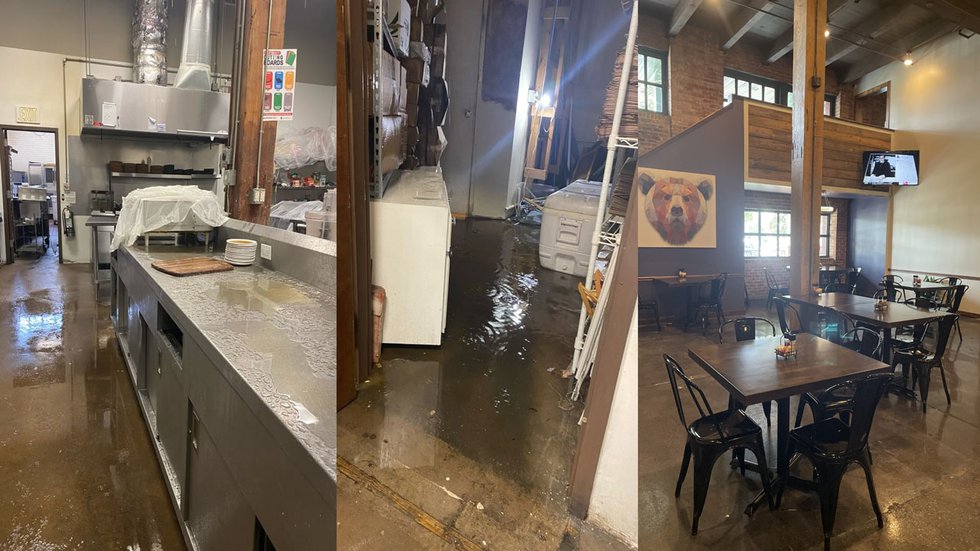 An all-new Tin Fish-operated restaurant and lake-view patio make their debut this month in the heart of Santee Lakes Recreation Reserve in East San Diego County.

The $ 9 million project to build the dining terrace and commercial kitchen has been underway since mid-2019. Upgrades – part of the Santee Lakes Dynamic Vision Plan – aim to keep the Santee recreation benchmark fresh for the next 20 years. The debuts of the upgrades also come at the right time: 2021 is the 60e anniversary of the reserve.

The Santee Lakes Parks and Recreation operations team said when visitors make their way to the reserve this summer, they will find a new 850 square foot commercial kitchen built alongside the site’s renovated general store and administration building. The renovated general store – now brighter than ever – is where it’s always been: next to Lake 4, roughly halfway through the Recreation Reserve (on the one-lane path you can drive, or accessible via a walk along the sidewalk that surrounds the lakes).

The new 4000 square foot steel framed deck was built on part of the water of Lake 4.

The kitchen will be operated by Tin Fish Restaurant and oyster bar, the franchise that bills itself as having “the best fish tacos in San Diego”. Tin Fish also operates restaurants in Imperial Beach, the Gaslamp District near Petco Park, and Oceanside. The company also has restaurants in Florida and Indiana.

In early 2020, Santee Lakes Director of Parks and Recreation Laura Koval told NBC 7 that several food vendors were being considered to run the restaurant space. The planning group accepted offers from different restaurants and the finalists included a gourmet pizzeria, barbecue dinner and classic American grill. Ultimately, Tin Fish was chosen to run the lakeside restaurant. Well, fish tacos by a lake full of fish? Well, it’s just fun to think about.

Koval said this week that the vision to add the patio and kitchen to Santee Lakes was “just a dream on paper in 2016”. Now it’s real.

Koval said the project is self-funded and could not have happened without the loyal campers and visitors who support Santee Lakes through its user fees. The addition of Tin Fish will take the reserve to the next level as a destination for locals and outsiders.

Tin Fish founder and chef Joseph Melluso told NBC 7 this week that he was grateful for the chance to work on the water and be part of the community.

“We are lucky to have gotten this project,” said Melluso, standing on the bridge overlooking Lake 4.

“This is where his heart is,” Melluso said. “He is honored to be part of the community. He sees it as a place of family gathering; a great little place to come and relax, relax while enjoying good food. ”

Melluso said there were plenty of hip vendors vying for the lakefront project, so when Tin Fish received the offer, he and Kim were elated. Melluso was in the process of opening a project in Florida, but he hopped on a plane and flew to San Diego to be part of the launch of the Santee Lakes location.

“When they chose us, we were delighted that they thought we deserved to be ambassadors for the property,” he explained.

Plus, Melluso’s daughter and grandchildren live in Santee, so he sees some pretty adorable visitors in his future.

Melluso told NBC 7 that he plans to put his heart and soul into the project – the same thing he did for years as the founder of Tin Fish. He participated in the launch of all the sites in the United States

“We are delighted to start cooking and to make people happy with food. This is what we do. More love through food, ”he said.

Melluso will open smoothly this week. Already, he said he was amazed at the constant flow of people who flock to Santee Lakes daily. The reserve too serves as an RV campground and also houses a row of mini cabins by the lake, so it is a leisure destination.

Locals also visit Santee Lakes to walk, cycle, jog, and use the playgrounds. There is a tax at the door to park inside the reserve, $ 4 on weekdays and $ 6 on weekends and holidays.

Melluso said service at Tin Fish Lake will be relaxed. Customers will be able to order at a small counter and from there the kitchen will call the order when it’s ready or bring it to your table on the dining terrace. The lakeside deck is first come, first served – not by reservation or onsite hosted.

The canning is open until 7:00 p.m. daily during the summer season, so Melluso said Tin Fish will take its last orders of the day around 6:00 p.m. or 6:30 p.m., so customers have enough time to enjoy their meals and leave. the doors closing time.

The menu is extensive – covering all three meals for the day – and Melluso said breakfast offerings will include scrambles with linguisa or garlic shrimp, burritos and breakfast sandwiches (with a touch of mayo, butter, salt and pepper) and eggs benedict with homemade hollandaise sauce.

Lunch and dinner options include – of course – those famous fish tacos, as well as fish platters, burgers, grilled platters, salads, sandwiches, and tacos. There are also smaller snacks on the menu, like tuna poke, crab cakes, shrimp, and squid.

Melluso has been cooking since the age of 11 and said many recipes on the menu were inspired by people who showed him the ropes.

There are memories in these recipes. There is love.

“I’m all about the food; food is everything to me, ”Melluso said, crying. “I spend all my days giving love to people through food. That’s what I do.”

Today, Melluso said he wanted to share his skills and passion for food with the employees of Tin Fish, especially those who are just starting to discover the art that can be had in the kitchen.

He said Tin Fish’s location in Santee Lakes always has its staff together and he’s looking for people who match the energy and vibe of the brand.

“The people we hire have a vibe, are respectful, want to work and understand what we’re doing,” Melluso explained. “The love we put into doing what we do. It is not just a transaction.

Melluso said the Lakes Project will breathe new life into Tin Fish as it emerges from the pandemic era, like the rest of San Diego’s restaurant industry.

He said the pandemic almost led him to “call it a day” and shut the business down in November 2020. He has considered retiring.

But things picked up in January 2021 and now he has said business is better than it has been for two years. Passover and Lent have received a boost, he said, as it is the busiest time of year for fish restaurants.

“What a blessing,” he said, gazing proudly at his new place.

Santee lakes: what you need to know

The Santee Lakes Recreation Reserve is located at 9310 Fanita Parkway in Santee and hosts many major Santee events throughout the year. The 190-acre park features seven lakes filled with recycled water and stocked with sport fish year-round.

Santee Lakes also has several playgrounds, a wading pool open on hot East County summer days, and a campground that features 300 full campsites and 10 cabin rentals (three floating on the water) on Lake 7. Pedal boats are available to rent (Lake 4), and there are 5 miles of hiking and biking trails.

Santee Lakes has been in existence since 1961.

Over the past 60 years, the reserve said 21.9 billion gallons of water have been recycled at the Ray Stoyer water harvesting facility north of Santee Lakes, which feeds and flows through man-made lakes. The reserve’s water recycling project also diverts two million gallons of partially treated wastewater from the Pacific Ocean every day.

After crossing the lakes, about 50 percent of the water is then used at Santee’s local golf course, city parks and schools, the reserve said.

You can find out more about Santee Lakes here. 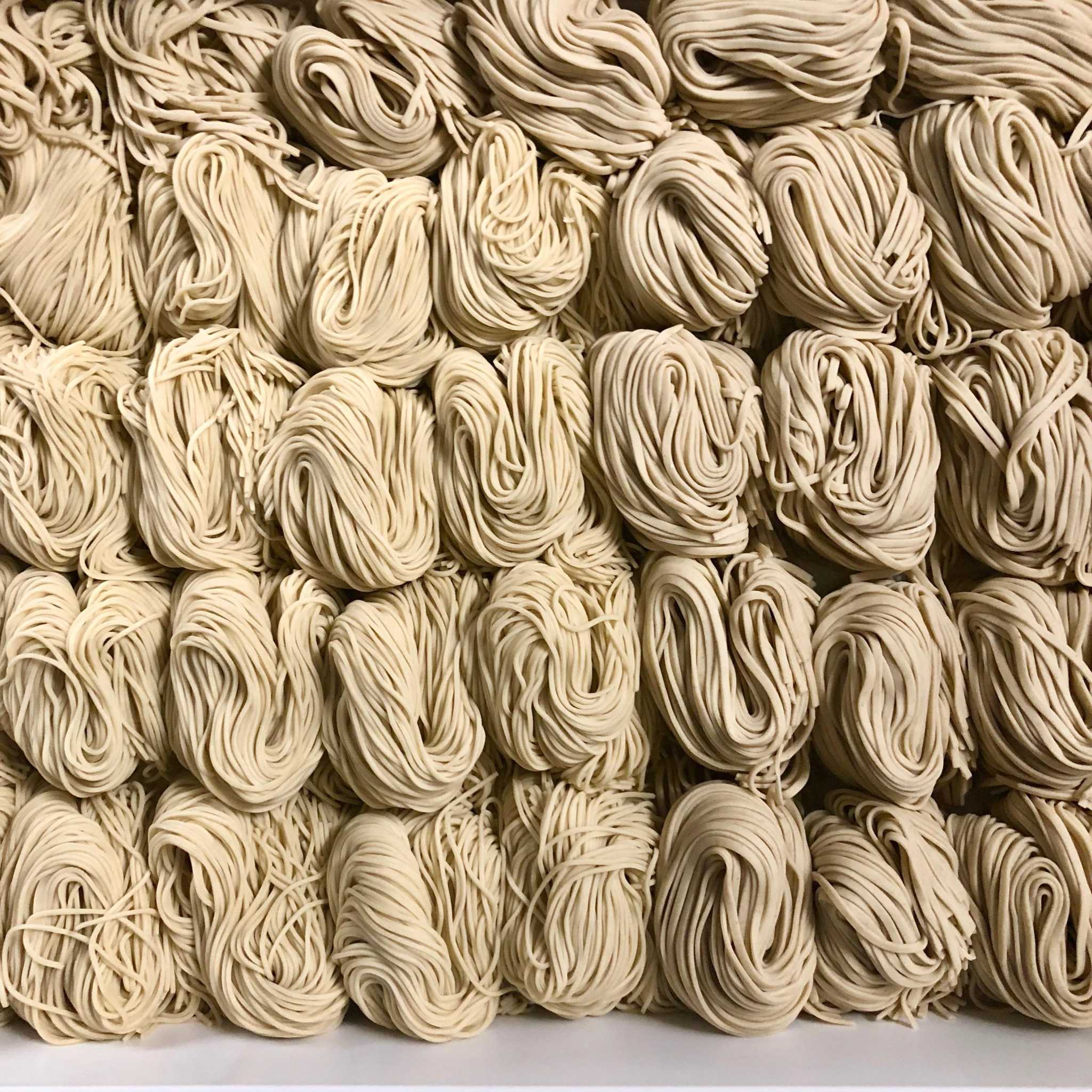 Planned SF restaurant where ramen is made in-house on a $ 60,000 machine is finally opening soon